Here is an article from The Daily Tribune published in advance of the first fourm this past Monday:

ROYAL OAK — The first in a statewide slate of public forums on Michigan’s passenger rail transportation future will take place from 6 to 8 p.m. Monday at St. John’s Episcopal Church, 26988 Woodward Ave., at the southeast corner of 11 Mile Road.

The public can voice their opinions on how to best upgrade passenger and freight rail service in Michigan to create a more convenient, efficient system.

“Recent federal support has put Michigan in a great position to build a modern rail transit system that is clean, fast and convenient,” said John DeLora of the Michigan Association of Railroad Passengers, which is one of the forum sponsors.

“We want residents to shape that vision and discuss how best to meet big challenges like funding for such a rail network.”

Investments in state-of-the-art passenger rail can help speed the way toward a new, robust economic model for the state that will also soften our environmental footprint, according to spokespeople for the other sponsors, the Michigan Environmental Council and the Michigan Suburbs Alliance. 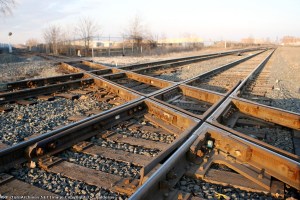 “High-speed rail is about much more than just tracks, trains and trip times,” said Tim Fischer of the Michigan Environmental Council. “It’s also about creating thousands of green construction and manufacturing jobs that can help drive a new, clean-energy economy.”

Fischer said a modern rail system can revitalize urban centers, reduce freeway and airport congestion, and boost the use of urban public transit while reducing air pollution and carbon emissions in the process.

Each forum will include an overview of the existing rail system, an interactive rail mapping session, discussion of financing options and a big picture vision for a modern Michigan high-speed rail system.