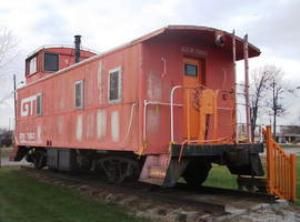 A month ago, Michigan’s congressional delegation was hailing a federal plan to send the state $161 million. It would pay for track improvements needed for high-speed passenger train service between Detroit and Chicago. All the state had to do was to approve matching money. But last week the legislature decided not to, as Chris McCarus reports for Michigan Now:

Legislators stayed up all night Thursday, December 2. It was their last chance to vote. Almost two thirds of them are term limited out. One is the leader of the Senate, Republican Mike Bishop from Rochester Hills:

[Bishop] “As a Republican I’ve stuck my neck out on the transit issue.”

The director of the Michigan Department of Transportation stuck his neck out too. Kirk Steudle’s team spent six months figuring out the engineering and the financing for high speed rail:

[Steudle] “It’s my job as a transportation professional of 25 years in this field to say here’s what’s happening and here’s how we can make this work better. But at the end of the day it’s still governed by legislative action.”

MDOT director Steudle planned for the state to sell $45 million in bonds. The federal government has been waiting to see the state match. Then it would send $161 million to Lansing. The state house approved MDOT’s plan a month ago. Senate Majority leader Bishop had said he would let his chamber vote on the issue too:

[Bishop] “I don’t ask the state taxpayers to finance anything unless a business plan is presented that gives us some indication that it brings value.”

But, apparently, a four-to-one return wasn’t enough. Maybe not even the bonus where the feds would give Michigan a shot at hundreds of millions more without requiring another match. What did Republican senator Roger Kahn of Saginaw think of the bill Thursday night?

[Kahn] “I don’t know what’s going on with that bill. I’ll have to see more about it. Because it’s not from up my way I haven’t tracked it closely.”

Ohio and Wisconsin were supposed to get $1.2 billion for high speed rail. But their new Tea Party elect governors say they want the money for roads. The Obama Administration says this money is for rail only. So it will give the $1.2 billion to someone else. The Michigan house expected the Senate to follow its lead and approve the $45 million. Then Michigan could compete with a few other states for the big prize.

Said Senator Kahn, who’s a medical doctor. Yet the $45 million would be just one percent of MDOT’s $3 billion budget. Kahn and his colleagues already approved that. Fellow Republican Ron Jelinek is from Three Oaks in Berrien County. The Amtrak train passes about a mile away from his farm. As midnight Thursday approached, there was no sign that the Senate Majority Leader was going to hold a vote on the rail bonding bill:

[Jelinek] “Well I don’t know if it’s coming up or what or not or what’s happening. I haven’t seen the calendar so I don’t know.”

[McCarus] “Are you familiar with the bill?”

[McCarus] “It passes through your district. Would you vote for it if it comes up?

[Jelinek] “Yes it does pass through my district. We’ve been working on a high speed rail for a number of years. Look forward to that.”

[McCarus] “Would you vote for this bill?”

Jelinek never saw the bill. No senator did. A couple legislators and several pro-transit groups had been working on the high speed rail plans.

[Grant] “The legislature failing to act is really putting us at a competitive disadvantage to the other states. It’s saying we’re stuck in the past.”

Cece Grant is a native Detroiter. She spent two years in Washington D.C. with Transportation for America. In July, she came home to be their Michigan organizer. Grant wishes transit were more than just eight percent of MDOT’s budget:

[Grant] “There’s no way for your employees to get back and forth to work. We’re not a mobile society. We don’t have bustling thriving downtowns.”